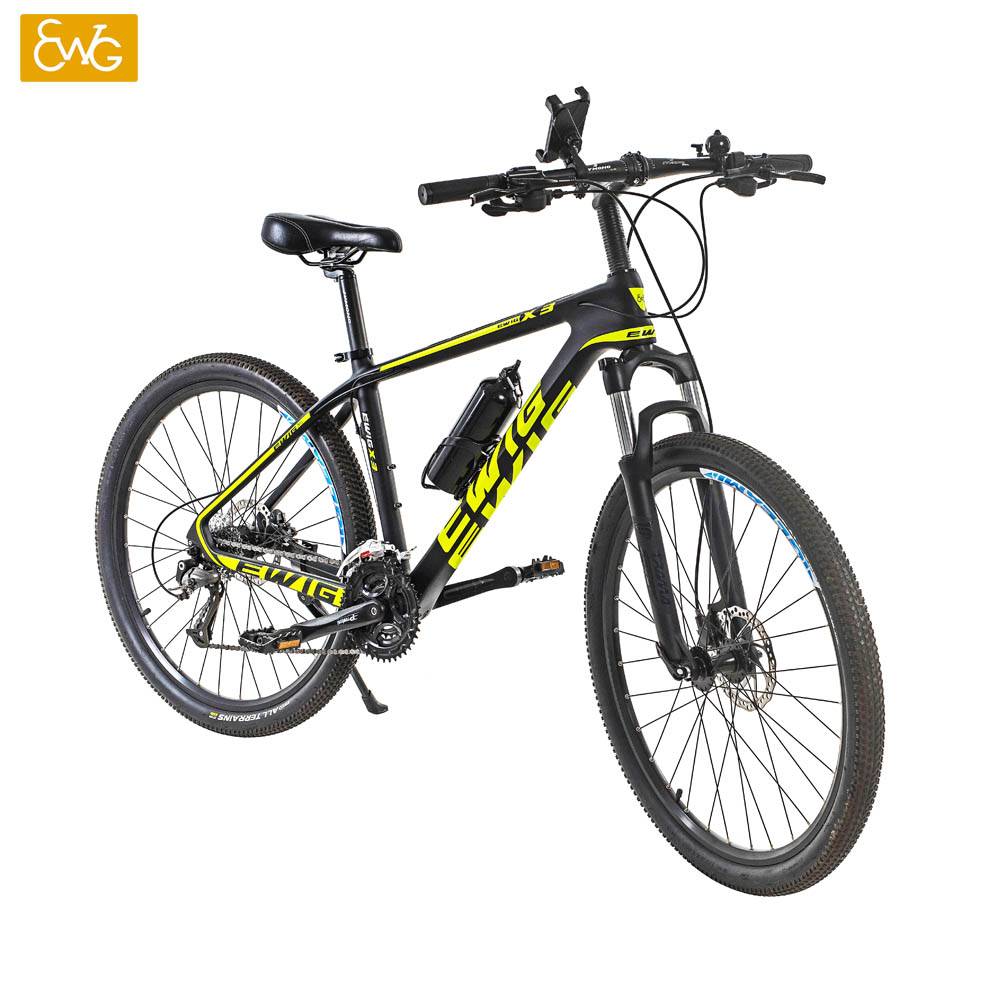 One of our favorite short-travel shredders goes full metal with the all-new EWIG X3 carbon fiber mountain bike. That means all the pop and play of the carbon EWIG X3 but with a super lightweight carbon frame that's built to get rowdy and a price that leaves you plenty of cash for epic trips to all of your bucket list riding destinations.

Despite the friendly price tag, the EWIG X3 carbon fiber mountain bike is of good quality at a low price，In fact, you'll enjoy all the same refinements as the carbon EWIG X3 carbon fiber mountain bike, like the lively and efficient hydraulic suspension, a creak-free threaded bottom bracket, low standover to accommodate long seat posts, and clearance for up to 2.0 -inch tires.

EWIG X3 carbon fiber mountain bike comes with Fox Performance hydraulic suspension, sturdy CST wheels, and SHIMANO brake and drivetrain components. SHIMANO brakes provide the generous stopping power and a smooth braking feel, while the CST Aggressor tires give you a boost of traction on a wide range of surfaces from hardpack to pebbles to silt. Prefer smooth running and usually do longer rides? Then the EWIG X3 27.5″ is exactly the right choice for you!

EWIG X3 carbon fiber mountain bike is easy to assemble, fun to ride. It will be your ideal lifestyle choice.

Carbon  hardtails are the perfect choice both for relaxed rides out in nature, and emptying the tank with big, all-out efforts. They are equally suited for beginners and experienced mountain bikers alike. Low-intensity spin or high-intensity all-action ride – you decide.

A hydraulic fork, 3x9 Eagle shifting from SHIMANO, excellent CST tyres, come together to make the EWIG X3 a capable and confidence-inspiring hardtail. 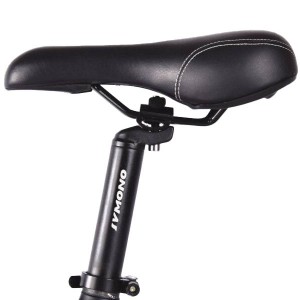 The padded saddle, with quality side stitching, can be adjusted for the perfect height and angle; the alloy quick release binder lets you easily customize for a proper fit 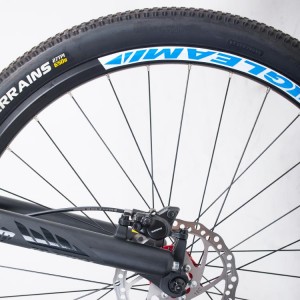 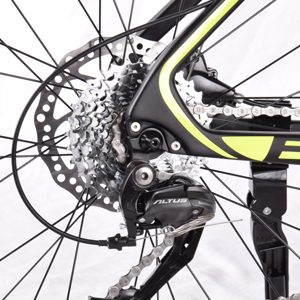 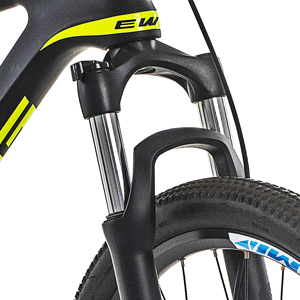 27.5*218 mechanical lockout hydraulic suspension fork, Travel: M9*100mm.It's incredibly versatile with adjustable compression as well as Boost spacing,and even has space for the most aggressive tyres on 27.5-inch wheels. 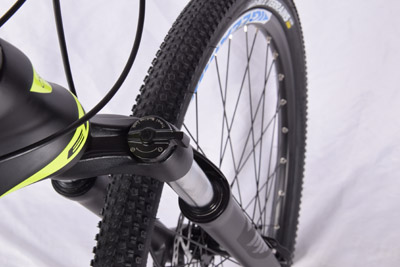 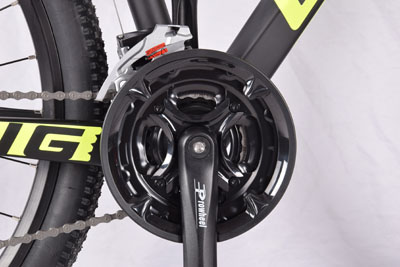 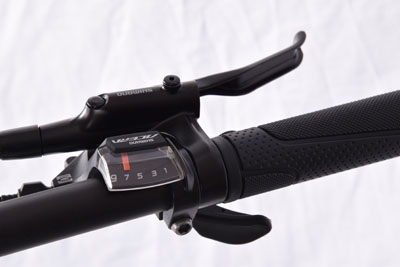 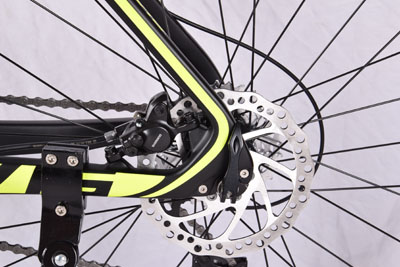 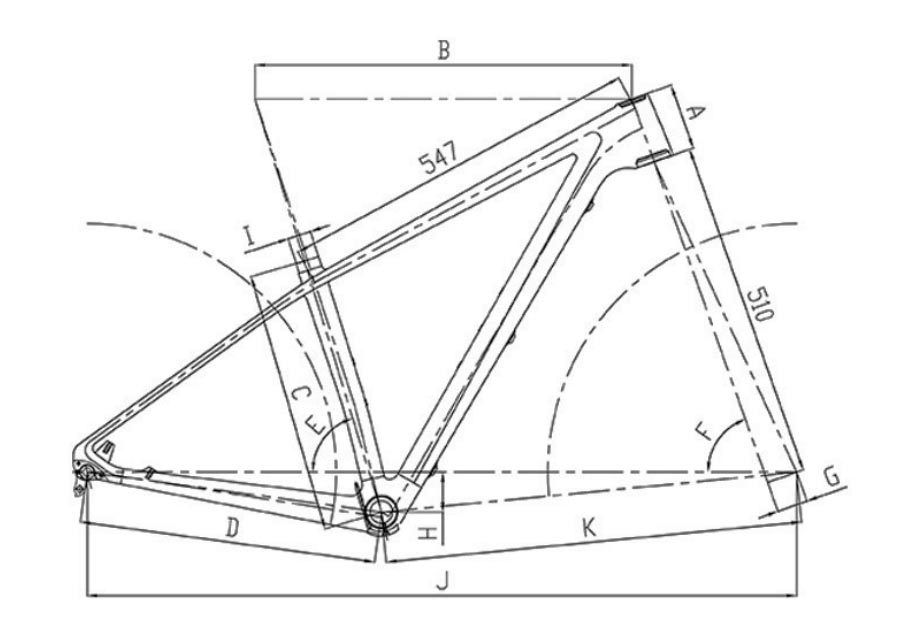 EWIG carbon fiber bicycle are hand-built and shipped straight to you. All you need to do is put on the front wheel, seat, and pedals. Yes, the brakes are dialed in and the derailleurs are adjusted: just pump up the tires and get out to ride.

how to clean carbon mountain bike?

why buy a carbon mountain bike ?

Is it worth buying a carbon mountain bike

Are carbon mountain bike wheels worth it | EWIG 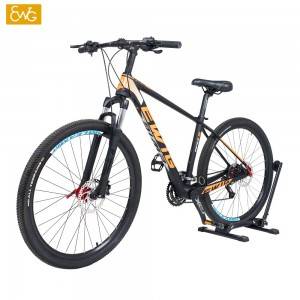 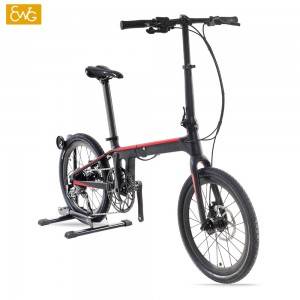 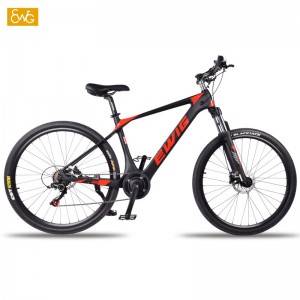 Are carbon fiber bikes worth it?

carbon bikes are worth it. Anyway, the weight hardly matters. Carbon bikes are lighter, yes, but not really all that much lighter when you consider that it’s not the weight of the bike that matters, but the absolute weight of the bike and rider together. This applies both to climbing and acceleration, which, by the way, are the only two areas where weight savings helps you. Also, lighter-weight wheels play a much bigger role in acceleration than a lightweight frame does. So a carbon bike maybe a pound or so lighter than a comparable alloy bike or two pounds lighter than a steel bike.

But sometimes depends on your goals, current fitness, desired fitness, and financial resources. If you’re out to the podium, to win, or to qualify for Kona, the task will be made easier on a carbon bike. If your goal is to finish, carbon won’t get you across the line if aluminum wouldn’t have done it. If you’re 50 lbs overweight, there’s not likely to be much improvement in performance. If the extra money spent means missing meals, then it might not be worth it.

People will think that carbon fiber is like an eggshell. That the slightest knock or bash and that’s it. The structural integrity is gone. Unseen cracks have formed, hidden below the surface, which are going to silently grow, and when you least expect it the frame will break. It might not look or feel broken, but somehow it is. Can this be true?

So many people have been riding carbon bikes for several years and carbon is very strong. It’s not easy to break it. My frame has taken some fairly hard direct hits from rocks from several bails and crashes including tumbling down a rock face/rock chute and has no more than a few paint scratches.Also unlike alloy, you can actually get carbon repaired for a lot less than it would cost to replace the entire frame. (Some people are comfortable with this and some aren’t, but it’s an option either way). As long as you don’t buy some cheap frame you’ll be fine.

people who worked at a bike shop said carbon crash replacements were rare. Most people broke their frames by driving into their garage with their bikes mounted on top of their cars.

Below is the comment from the people who used the carbon bike.

Modern carbon frames are tough. I was once convinced that it wasn’t worth it to go carbon out of fear they would break in a crash. I was wrong. I have had my carbon, Mountain bike for 2 years now and it has been crashed once or twice, and aside from some dings to the paint, it’s still going strong.

How much does a carbon fiber bike cost?

The big question! Mountain bikes come at a variety of different price points, with most falling in the $200 to $10,000 range — a pretty big spread. Some luxury mountain bikes can even reach prices up to $16,000. However, there’s no need to spend every penny of your savings to land one of these elite models. Many avid riders say that the difference in bike performance begins to plateau beyond the $5,000 range. In other words, the jump in quality between a $5,000 and a $7,000 bike will be almost imperceptible, unlike what you might notice between a $2,000 bike and a $5,000 one.

But you shouldn’t only refer to bike price guides to determine a bike’s quality. It’s also important to look into the materials used to make the bike, the reliability of the components and the craftsmanship of the frame. Remember to consider the extras that come with your bike, too: does it come with a warranty? How long is that warranty? Are you able to return your bike if you aren’t completely satisfied?

The biggest factors that should determine mountain bike prices are the frame material and components used to create them.

If you’re serious about biking and want a frame that will last for years of riding, we recommend investing in a carbon fiber model. While it is a more costly material, you can still find affordable mountain bikes that utilize carbon fiber —our EWIG Mountain Bicycles. We pride ourselves on creating carbon fiber mountain bikes at an accessible price point so riders of every budget can have an optimal riding experience.

What is the best carbon MTB frame?

Carbon is pretty much the number one material of choice when it comes to mainstream frame construction and as such there are an awful lot of carbon bike frames out there and there’s no one ‘best carbon bike’.

Whilst the frame material is at the heart of the bike, there are other elements to consider when choosing a new steed – the geometry, specification and value for money being key points.

Some bikes have also experimented with using Graphene mixed into the material to offer a better weight to strength ratio – although that’s not something that is ubiquitous amongst the best carbon bikes.

That said, Ultra-High Modulus carbon shouldn’t be used everywhere. A good carbon fiber frame uses varying grades of carbon across the construction, and while stiffness is optimum in some areas (bottom bracket shell, down tube), a little flex elsewhere (seat tubes,chain stays) is an asset.

When it comes to constructing a bike frame, there are two popular methods used. Most major brands will layer the sheets of carbon fiber to varying levels of thickness depending upon the quality required.

Unless they are damaged or poorly built, carbon bike frames can last indefinitely. Most manufacturers still recommend that you replace the frame after 6-7 years, however, carbon frames are so strong that they often outlast their riders.

A carbon bike frame is a matrix of two different materials: the carbon fibres which give the frame its structural strength, and the resin which binds the carbon together.They each have different properties, both physically and chemically, which determine the frame’s structural integrity.

There are a host of factors which could influence a frame’s lifespan, starting with the simple act of riding it. Carbon frames are well able to withstand the day-to-day flexion required to negotiate bumpy roads.

But a more major shock such as a crash needs specialist examination, while over-tightening bolts can also lead to damage.
Internal damage to frame tubes may not immediately be evident and carbon repairers will use specialist techniques such as ultrasound and X-rays to identify deeper damage.The carbon fibres used are very strong, but the resin needed to hold them together is potentially susceptible to degradation over time.

What are the advantages of carbon frame bikes?

1. It’s lighter, of course. The first thing people think of is the weight, and yes carbon fibre in bikes makes the lightest bike frames. …
2. It makes for a smoother, more comfortable ride. …
3. It’s stronger and more durable. …
4. It’s an extremely stable material. …
5. It’s tried and tested.